It’s been a week since my new cell phone – Jolla arrived. I was probably the last of the first ones (people who preordered) due to some issues with gmail (almost as if Google didn’t want me to switch from Android to Sailfish 😀 ). But as I finally got my new phone, it’s time to share my first impressions 🙂

Let’s start with obligatory unboxing. Box is nice. It opens a little bit unusually by sliding out. Content is pretty much what would you expect. If you are more interested, take a look at pictures bellow. I quickly opened it and started to play with what was inside 🙂 First setup was was pretty ordinary nowadays – wizard asking some questions for your setup – with few exceptions/things I would like to mention. First was that Jolla asked me for my name and it didn’t had a Czech keyboard, so I couldn’t write my name with all accents. I ended up hunting them character by character from various keyboards for other nations, but I managed to succeed (thanks to Polish, French, and some others) 🙂 There is already a request to fix it and workaround available in the forums. But I don’t complain, I understand that we are small country (although I know surprisingly a lot of Jolla users from my country) and thus we are not first priority. Other thing that surprised me more (I would say pleasantly) was language selection. I was looking what options are there and wanted to select US English. It is not there! There is only UK English 😀 So no simplified English on Jolla, although I haven’t come across anything where would I notice. Part of the initial setup was also tutorial to show the gestures. I already read about most of them upfront, so no big surprise there.

Regarding the gestures, as most of you know, there are swipe from left, right, up and down and they differ whether you start on the edge of phone or on the part of display that actually displays something. Surprisingly quite convenient after a while. At first I had troubles with swiping from up to down (especially from the edge) as phone is quite large and it was a little tricky with one hand. But luckily for me, I have long fingers and got used to it 🙂

Gestures are in general quite nice but there are exceptions. For example provided map application map. As there is a full screen map that you can move around, only gestures from the edge works. And as in most applications you can access settings menu/other actions like search via gestures on display part of phone, you’ll feel lost in map application without any visible UI. That is the only drawback I noticed, otherwise gestured are nice and convenient. 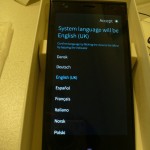 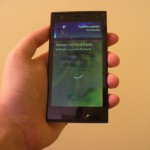 Before describing the OS and SW in more details, let’s stay with HW for a while. According to the specs, it’s generally nothing really outstanding, I would say pretty solid standard (2×1.4 GHz ARM, 1G RAM, 16 G flash, MicroSD, WiFi bgn). Important part is the Other Half. I pretty like the concept although I didn’t had a time to exploit it yet 🙂 Back covers of the phone are replaceable and have access to the power in/out and I2C connectors. Which makes it possible to extend cellphone with whatever crazy gadget you can think of. There are already templates for 3D printers, so you can create your own gadgets. Looking forward to that. What is not so nice about the Other Half is the way it is attached to the phone. It’s simple and you can just put it and just press it to snap on. But you are depending on bending the plastic a little on the way in and more on the way out. This makes replacing the other half quite stressing as I’m afraid that I will bend it to much and it will break. I hoped there would be some more clever solution :-/ On the other hand, it probably makes 3D printing of other halves easier.

Now to the software side. Sailfish OS is based on Mer, uses rpm for packages, btrfs for rootfs, systemd, Wayland to manage the display, QML for UI, Connman for network management and PulseAudio for sound management. So pretty much the coolest and most bleeding edge technologies out there in GNU/Linux world. No reinventing the wheel, using open source software that everybody either know already or is about to (Wayland & Qt 5). What is not so up to date is kernel 🙁 Kernel is 3.4 compared to the current 3.12 which probably means that some parts of drivers are not in upstream yet 🙁 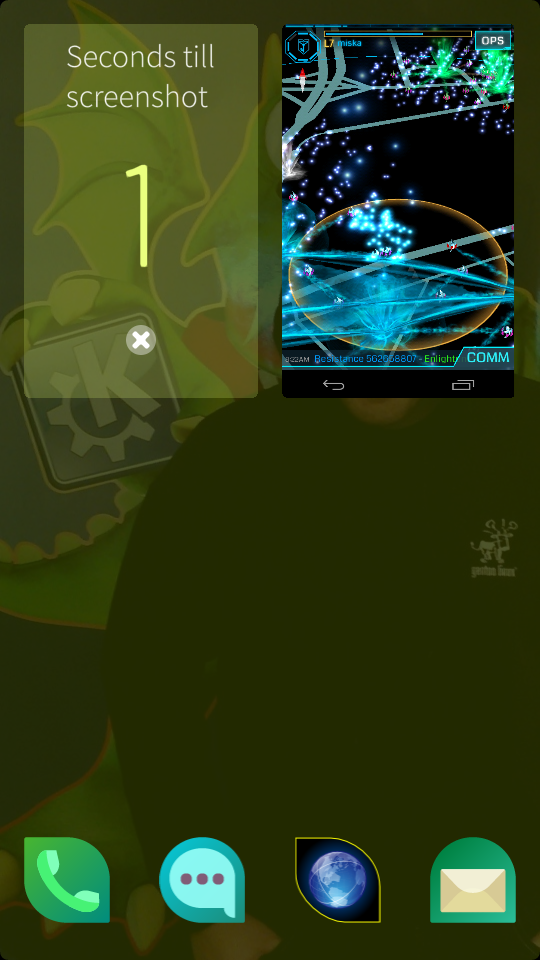 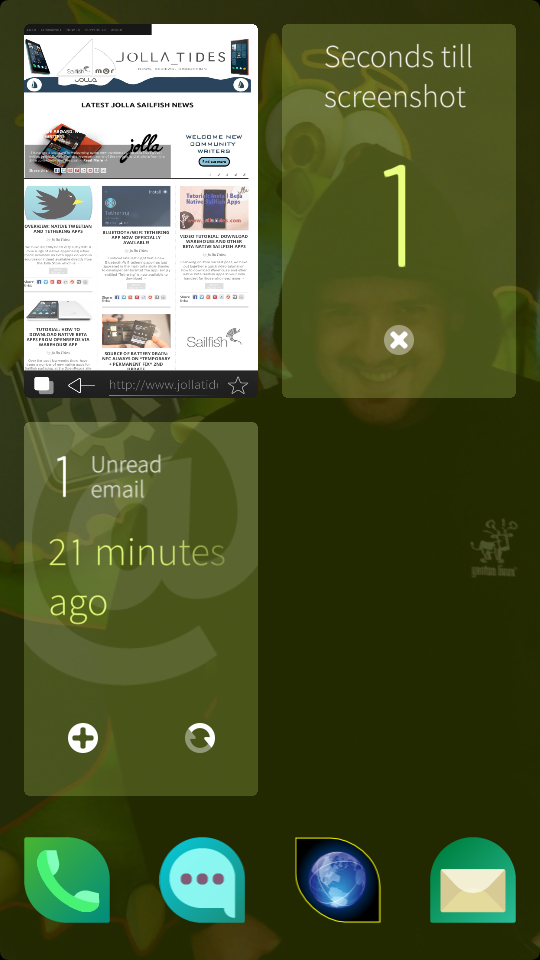 Now a little bit about apps. One of the things I didn’t expected was that default package repositories are quite empty regarding default linux tools. No mc, vim, wget, … That could be solved by either packaging them, but haven’t investigated where to put them yet (to be properly integrated with mer together with all dependencies) or by installing other ARM linux distribution into chroot. Will try that one later. Regarding selection of native Sailfish OS GUI apps, it’s growing rapidly. More people are getting their Jollas everyday and more and more people are developing or packaging stuff for their phone. You can find these either in default store or more adventurous types on OpenRepos. OpenRepos is a community place for application developers to post their applications. Advantages – easier and faster to get stuff in, drawback – no QA and you can download stuff with not so great quality as well. So use with caution. Good thing is that it creates a repo per developer, so you can create your own list of trusted developers.

What also helps regarding apps is Android VM that could be running on your Jolla. You can install it and from that time, you can install Android applications as well. They even get integrated nicely into Sailfish – you’ll get new icon for every Android app. But Android VM is behaving kinda like a real VM, so you can have only one Android app open at the same time. I tried it and was really pleasantly surprised. I got Angry Birds GO! running while they refuse to run on my Android tablet and I even got Ingress running there 🙂 Other nice “feature” is that Android don’t see my contacts/messages, so my privacy is covered 🙂

I probably missed half of the stuff I wanted to talk about, but it’s getting lengthy and I want to get back to playing with my new Cell phone, so more about it in some future post.