Thinking about getting a smart watch

Smart watches are obviously the cool thing right now. I took a look at few of them and I like some of the features, but so far I haven’t found the one that would be a perfect fit for me. What do I miss? I’ll write about that bellow with few examples of the watches that I kinda like for one reason or other. And if I missed the ultimate one, please let me know!

One obvious feature that all of them have is displaying notifications from your cellphone. That is interesting by itself as cellphones got quite bit and getting it out all the time is a nuisance. But if I’m going to spend quite some money on watch, I want more. So what else do they offer? They are targeting people who sport a lot, so they have step meters, heart rate monitors and such. I don’t care about any of that. I don’t sport. The only sporty things I do is swimming and I might try to get back to flying. This brings me to the first requirement to filter by – they should be waterproof. Also barometer would be a nice plus so they could be used like a vario like my old smart watch. One other universal sporty feature that I would also appreciate is GPS. That comes handy even if you are not sporting. Really cool, but quite useless feature is that some of the watches can be used them as BT handsfree so you talk to you watches like Michael Knight did. This is one the coolest features ever, but totally impractical and as I do something like one unexpected call in a month, totally not important. So fom end user point of view, that’s it. No more features that I can think of and that would make any sense to me. The final list is waterproof with GPS, maybe barometer if it comes in cheap. 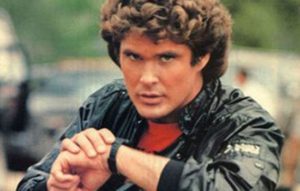 Now the hard part – my geeky requirements. Lets start with simpler one – SoC architecture. It makes no sense to have octa-core Cortex A76 watches running at over 2GHz and burning your wrist all fifteen minutes they can last on battery. I would prefer something simpler that can last longer on battery, produce less heat and suspend between screen redraws. There are few of those reasonably designed watches. One even from a well known brand. Xiaomi Amazfit Bip should be able to last a month on battery. They look interesting, but information about hardware and software are sparse. Another interesting platform is kinda no-name IMAXX, which uses Nordics nRF52 chip which itself is pretty cool and can do Zigbee, zWave and Thread apart from just Bluetooth. I have a devkit at home I want to play with once I’ll find a free afternoon. Unfortunately although both of those watches have quite some features, they are not waterproof. There are also some really simple notification bands that might be similar in terms of reasonable hardware design but usually lack some cool features 🙂 So this requirement although a little hard is kinda achievable.

Now the even harder to fulfill requirement. Openness. I’m not so hardcore to require full open-source firmware although it would be definitely nice. I would be Ok with just reasonable SDK so I can customize the watch and write my own applications. Unfortunately this requirement kinda goes against the previous geeky one. There are some watches with SDK, but all I found are the beefy ARM ones. On top of it most of it is because they are running android. While Android doesn’t make sense on cell phone, it makes even less sense on watch. That leaves me pretty much with one choice which is Samsung with it’s Tizen. Unfortunately those are watches with powerful CPU that can last only few days on battery and contradicts the first geeky requirement.

Ok, so you’ve seen that all smart watches sucks in one way or another. Is there any other way? Yep, there is. I can try to build watch I want by myself. ESP32 is cheap and easy to get, have plenty of IO options and both Bluetooth and WiFi. nRF52 is also not that hard to get and while loosing WiFi, I’ll get better battery life. OLED display is easy to get as well as GPS capable chip or barometer.

What are the downsides? Obviously it would take quite some time to develop. Software, hardware I don’t dare to and you can get quite some DIY modules online to just plug everything together. Case could be easily 3D printed nowadays. Other drawbacks are that making it waterproof is out of question. Also if I base it on ready to go modules, it will be big. Probably smaller than Leelas PDA, but still quite big.

If I would build it and if it’s going to be big anyway, wouldn’t it make sense to make it actually powerful and give it real keyboard and display and make Leelas ultimate PDA? As it would be big and I wouldn’t try to shave a millimeter of thickness at all cost as cell manufacturers do nowadays, I can probably put in enough batteries to make reasonable battery life and have all the needed peripherals like USB host, Ethernet, big storage, WiFi, you name it. Still, it would require months of prototyping to accomplish, but this one actually sound more realistic than just watch.

In the end I have no clue. Samsung and Xiaomi are both tempting, but it is hard to decide whether I want the one which can do all I want or the one that can last reasonable time on battery. I certainly don’t have time to develop my own watch :-/ Other option is to wait and hope that somebody will come up with revolutionary idea to create open smart watch that can last reasonable long on battery and will start selling them. Last option that I’m putting quite some hopes in is that I overlooked something 🙂 And that is the actual point of this blog post – rant about the state of things and ask if somebody knows any solution. Looking forward to some feedback 😉